For most of my life I used to labour under the illusion that I could get better at things and improve my life by not doing anything in the way of work to accomplish this.

I had it in my head that if I wanted something then it would eventually just fall into my lap, like magic, or a gift from heaven.

The universe would simply say: “I know how you sort of wanted this Steve, and just because you kind of want this, I’m going to give you it. So there you go, it’s yours, free of charge, just because you thought half-heartedly about wanting it. ”

It sounds incredible to me now that I thought I could get things just by having a vague desire for something.

Thankfully I have learned that the universe doesn’t just hand things to you on a plate with a thank you note and a wink, not when you haven’t done anything to earn those things.

Yet many people today still go around thinking that they are entitled to a free lunch.

The thoughts of actually putting in the time and effort (and whatever else) to get to where they wish to be (with the emphasis on wish) is obviously too much to bear for these people. It’s an excuse to not even try and if things don’t work out then “it wasn’t meant to be”.

Please! If you want something out of life then you have to give something in return, like your time and effort, your money, or your blood, sweat and tears (usually all of these things and more). Sitting back and waiting for things to fall into your lap (as I used to) is- and I’m sorry to burst your little comfy bubble here- just isn’t going to work.

Some people just aren’t prepared to invest to get what they want.

You remember that movie, The Secret, that basically talked about the law of attraction like it was the secret to getting all you’ve ever wanted and all you had to do was think about what you wanted and it would magically materialize into your life? Just like that?

Well that just isn’t how it works.

The law of attraction is fine and it does work, but -and this is a big-assed but- YOU ALSO HAVE TO PUT THE WORK IN TO GET WHAT YOU WANT!

I couldn’t believe how many people got willingly sucked in by this movie, thinking that to get a million pounds all they had to do was think about it and they would one day get it.

What really annoyed me was the fact that so many people were willing to accept this theory as fact, simply because it meant they would no longer have to do any work (if they ever did much in the first place).

You won’t get very far in martial arts either if you adopt the same wishy-washy attitude.

With that in mind, let’s see what you need to do in order to go beyond your limits.

I used to think I would get good by training once a week (how could you?).

The fact of the matter is if you want to get good, really good, then you have to invest more than a few hours a week into your training. You need to be training every day if you can. Top class martial artist’s train every day, that’s why they are top class.

Imagine what you could achieve by training every day, if training was your job and you did it eight hours a day. An impossible dream most people think but I know guys who train in the morning before they go to work and then at night when they get home. That’s real dedication. It’s also fulltime training without having to quit your job.

And the guys that do that? Guess what? They are top class at what they do. How could they not be? If you really want something you’ll find the time to do it. It’s that simple.

Over the years I have spent thousands of pounds paying for top quality instruction. Do I moan about the cost? Of course not because I know world class instruction costs money, and that it is money well spent in terms of making me a better martial artist, so why would I moan?

Money is not for hoarding in the bank or hiding in the biscuit tin under your bed. Money is there to be used; it’s there to make things possible.

So whatever money you get you should always make a concerted effort to invest that money back into yourself, either by paying for top level instruction or buying books and DVDs to increase your knowledge.

Every top class martial artist I know has invested a small fortune in making themselves better and training with the best. Internationally renowned JKD and cross-training exponent Rick Young, for example, used to work as a postman, but that didn’t stop him saving the money to fly from Scotland to America so he could regularly train with the best instructors there. So have Paul Kelly and myself with some of the other instructors at Martial Art Concepts.

If you want it bad enough you will invest what is necessary. And you know what I have found? If you commit to what you are doing, the money has a way of working itself out, but you have to commit first of all. If you don’t commit properly you will find endless excuses not to do so.

Once you start to do that your martial arts will really shoot through the roof because you learn so much from them.

I couldn’t believe how much I came on as a martial artist when I started to train with top instructors. Just by being in their presence you will learn a lot and get really inspired to push yourself on to greater heights.

Find the best people in your art and train with them as often as possible.

Most martial artists don’t drill their techniques anywhere near enough. I thought I was drilling enough by doing twenty or thirty reps of a technique before moving on, so I was shocked when Paul Kelly first  told me he used to drill a technique hundreds of times in one session, sometimes doing a thousand reps of one technique. Now that’s drilling!

That’s also why those guys are so damn good at what they do. They stand out from the crowd because they practice more than anybody else. They raise the bar constantly.

If you want to be good at what you do, practice more than anyone else and drill your techniques until you are sick of them, and then drill them some more.

Finally, you really have to develop self-belief in yourself. If you don’t believe in yourself, how can you expect anyone else too?

All top class martial artists have terrific self-belief, they know exactly what they are capable of and they believe they deserve to be at the top.

You don’t make it to the top unless you believe you can make it there first.

I remember reading an interview with Rick Young again, where he talked about the first seminar he ever taught. He said he didn’t feel like he should be taking seminars and that any moment someone would tell him that. He felt out of his depth.

Did he give up after that? Of course not. He just carried on until he had the belief that he was good enough to take seminars. He now does seminars all over the world.

Sometimes belief takes time and you have to grow into it. You will also have battle your own negativity. Successful people of all kinds know this and they are not afraid of feeling out of their depth until their self belief grows.

Get to know discomfort. You’ll feel it a lot as you grow as a martial artist. It’s a good sign.

Okay, decide now if you really want to be good. You do? Great, then take the above actions and put them into practice.

“If you always put limits on everything you do, physical or anything else. It will spread into your work and into your life. There are no limits. There are only plateaus, and you must not stay there, you must go beyond them.”  Bruce Lee 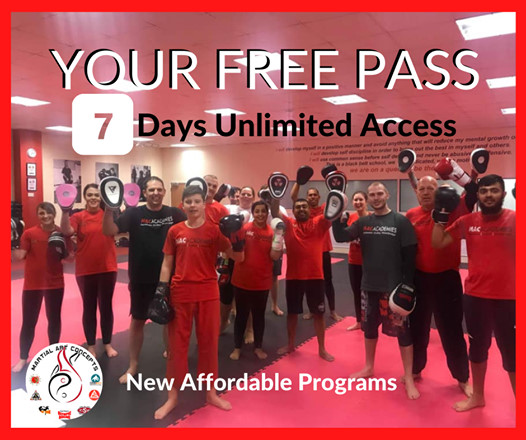 One Family, One Team, One Focus. Martial Arts!